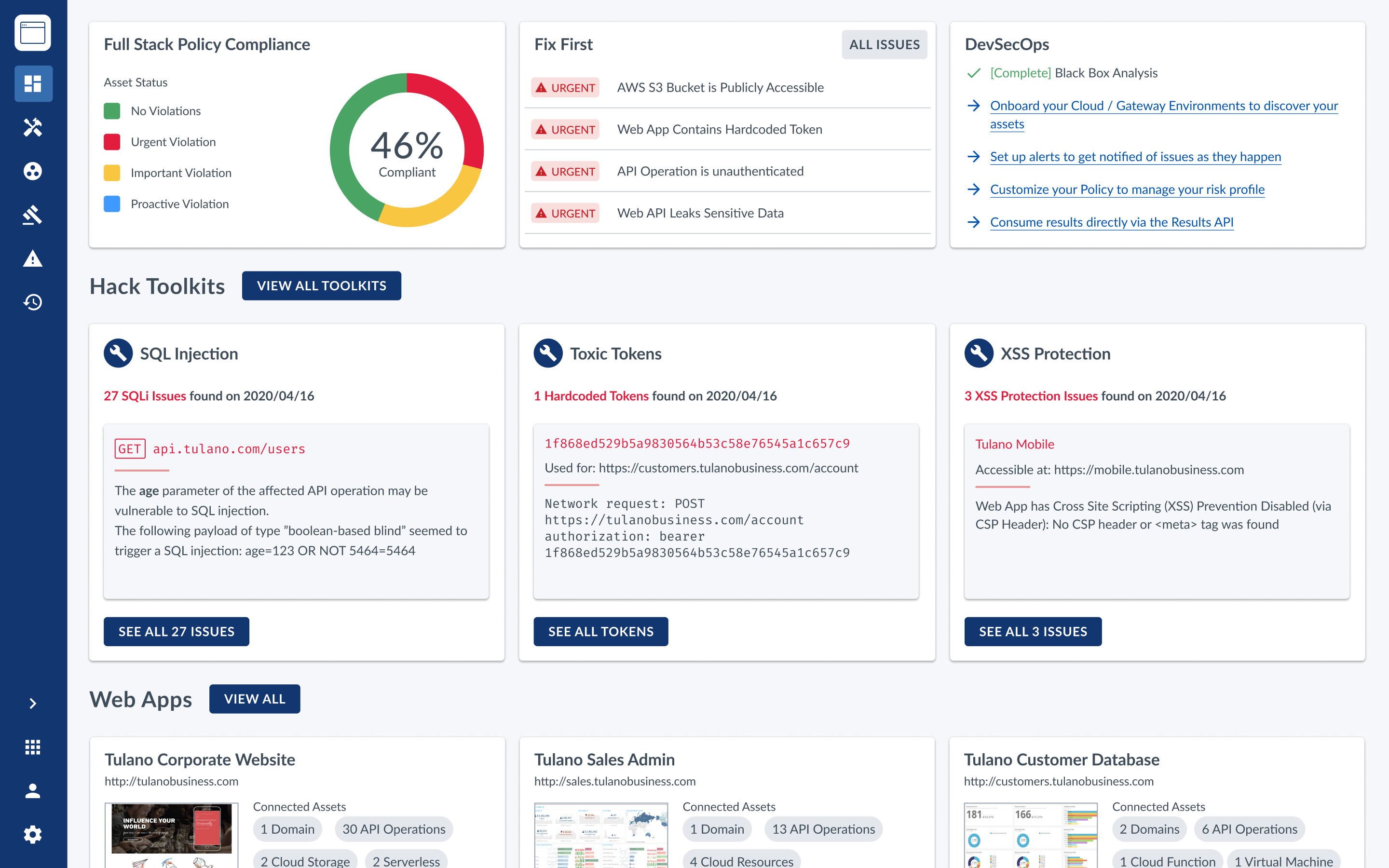 I helped Data Theorem to enter web application space with a bang, leading the design of Web Secure from its conception to the MVP launch in June 2020.

In order to address this gap, Data Theorem wanted to bring a new product to market that would enable security teams to analyze and secure their entire web application attack surface, from the web application layer down to the API and cloud infrastructure layers.

Web Secure was conceived in February and launched in July of 2020.

As part of designing Web Secure, I was also tasked with establishing a new visual design language that could be applied as an update to Data Theorem’s existing product lineup.

During the 6 weeks I spent defining the product and designing the MVP of Web Secure, I did not have the opportunity to conduct formative user research or usability testing.

Against my recommendation, Data Theorem did not provide user research opportunities prior to starting design and needed me to move on to other tasks immediately after completing the MVP design.

Data Theorem existed for 6 years before hiring its first UX’er (me) and as a result, never really took the time to establish formal conventions or standards for its user experience.

While building the frontend with the popular Material UI library provided a baseline UI style, the lack of standards led to inconsistent application.

I had grappled with the effects of this foundational design vacuum for years, so when I was asked by Data Theorem’s executive team to create a fresh new visual design style for Web Secure, I seized the opportunity to establish some standards that could be applied to systematically create a consistent product experience.

Working within the constraints of Material Design, my design team and I established a library of reusable styles, components, and patterns for use across all of Data Theorem’s products.

Prior to the design system effort, Data Theorem was using the Roboto type family across all of its products because that was Material UI’s default typeface.

Rather than bow to the default effect, my UX team took this opportunity to identify the best typeface for Data Theorem.

To kick off this process, we held a kickoff with marketing to get a sense of Data Theorem’s branding goals.

Based on this conversation, we selected 8 typefaces (including Roboto) as potential candidates that could create Data Theorem’s desired “approachable, expert, and premium” feel, and evaluated each for Personality, Legibility, Readability, Space Economy, and suitability of available variants to our typical use cases. After multiple rounds of elimination, we chose Lato as the primary typeface paired with Fira Mono for monospace text.

Lato is more space-efficient than Roboto, and its humanistic forms create a sense of openness and approachability while still feeling sleek and serious. Fira Mono has sharp lines and engaging geometric angles that convey technical precision and expertise; it also happens to be a favorite programming typeface among Data Theorem’s engineering team.

Collaborating with the front-end team, we created a demo and presented it to the entire company. With executive approval, my design team finalized Data Theorem’s first type system and pushed the change live.

In addition to implementing a standardized type system, we also fleshed out the rest of our design foundation by defining conventions for grid, spacing, alignment, density, elevation, and corner radiuses.

Building on the foundation of the Atoms, we created a component library and usage guidelines.

Conducting a UI inventory allowed us to discuss patterns and inconsistencies in Data Theorem’s UI.

As an example of this process, we noticed many similar variations of button styles in use, and were able to standardize to 3 styles, eliminating the need for outlined buttons and adopting a convention of always placing the icon on the left.

Building up from the usage guidelines and component library, my team and I created more complex elements and full-page templates.

Designing the product pages and templates from atomic components on up enabled us to create a consistent product experience that minimized engineering effort in the months leading up to launch.

In addition to creating a design system, I also took the Web Secure launch as an opportunity to fundamentally rethink the navigation structure of Data Theorem's product portal.

Prior to Web Secure, Data Theorem was using a top bar for navigation between products and a fixed-width sidebar for within product navigation.

Unfortunately, this UI pattern was problematic for responsive web use, obscuring global navigation items, and crunching down content on smaller screen sizes.

For Web Secure, I proposed combining the global navigation and within product navigation into a single vertical navigation bar as a more efficient alternative.

This single UI element eliminates the need for secondary navigation, takes up 60% less space than the fixed-width side navigation when collapsed (default), can be expanded for full visibility, and provides flexibility through the use of temporary submenus.

With the launch of Web Secure, Data Theorem rolled out this new vertical navigation to all products, resulting in a less cluttered experience with more room for content.

Security Analysts are experts on securing data and managing security risks. They have a strong technical understanding of many aspects of information security, and spend most of their time performing security reviews, monitoring security issues, and partnering with developers to secure their company’s internally developed software.

Because new issues are constantly being discovered as new software is released, and because security analysts don’t have the full context of software architecture that the software development team does, one of the biggest pain points for security analysts is managing and prioritizing the constantly growing backlog of security issues.

As a result, security analysts need tools that can help them easily identify and understand the most important security issues in context so they can work them through to resolution.

Penetration testers are the hackers of the corporate world. They use their creativity and advanced technical knowledge to comb through code and identify, demonstrate, and report exploitable security issues within their company’s internally developed software.

Because of the detailed nature of their work and the huge range of potential security issues that may exist, one of a penetration tester’s biggest pain points is that it's difficult to perform a robust analysis at scale.

As a result, penetration testers have a lot to gain from tools that can automate parts of the penetration testing and reporting process, thus freeing up time to search for more exotic issues and exploits.

On Monday morning Cathy, a Security Analyst, wants to check if there are any new issues on Tulano’s most important web application, the Tulano Corporate Website, so that she can give a status report to the team.

From the Web Secure dashboard, Cathy can see details for the 6 web applications with the largest overall attack surface. (For any web application beyond the top 6, Cathy can click on “View All” or navigate directly to the inventory page where all web apps are searchable. )

Web Secure automatically inventories web applications, APIs, databases, and other cloud infrastructure that applications rely upon, and maps the association between all of these assets to identify the full attack surface of any web app.

Clicking the web application’s card navigates Cathy to the Web Application Details page for the Tulano Corporate website where she can see details about the web application, the security posture of each of the connected assets, and any security issues (aka policy violations in Web Secure terminology) that are affecting the application and its full stack.

In this case, there are no open issues, and Cathy is able to report to her boss that the Tulano Corporate Website, and all of its related APIs and cloud infrastructure, are secure.

After checking on Tulano’s most important web application, Cathy’s second task on Monday morning is to review any new security issues that have been identified so that she knows which issues to prioritize for the week.

Clicking on the violation navigates the Cathy to the Violation Detail page where she can see a description of the issue, the recommended fix, and information about the affected asset and any web app(s) that it connects to.

In this case, an S3 bucket that is used by the Tulano Sales Admin web application is publicly readable. Cathy immediately knows that this issue may be important because it relates to one of her most important web applications, so she follows the link provided in the description and sees that user login information is being exposed.

With this context, Cathy is able to quickly determine that this issue is sensitive and needs to be addressed immediately.

In many cases, Cathy’s next step might be to leave a comment and then create a secure link to share the issue with the developer team, but for this specific issue there’s no need to get the developer team involved.

A few times each year Arthur, a Penetration Tester, performs a penetration test on Tulano’s most important web applications. Performing a robust analysis of all aspects of the application takes a lot of time, so he wants to use Web Secure to speed up the process.

When Arthur opens the Web Secure Dashboard, he sees that Data Theorem has found a hardcoded token in Tulano Customer Database.

He knows that the presence of hardcoded tokens can lead to large scale data breaches, so he clicks “See All Tokens” on the Toxic Tokens card to learn more.

Arthur knows that some tokens are very sensitive and can lead to large scale data breaches while others are not sensitive and bear no security risk at all, so he uses the provided curl script to see what kind of data was being accessed with the token.

Even though the resulting data isn’t sensitive, the token shouldn’t be there so Arthur clicks “triage” and creates a policy violation.

This is just one example of how Web Secure makes it easy for Penetration Testers to analyze the security of their web applications.

These Toolkits are designed to make the lives of people like Arthur easier, but because they are so simple to use, we have seen aspects of security testing covered by the toolkits offloaded from Penetration Testers entirely and taken on by other members of the team.

Organizations can even schedule scans to run automatically for continuously fresh results.

This is a win for everyone involved because it increases the organization's ability to perform penetration tests that would otherwise be done by hand and creates a state of continuous test coverage for the relevant security issues.

Web Secure officially launched in June 2020 and at the time of writing is undergoing customer trials. The product is still under active development.

The launch of Web Secure was also the public debut of Data Theorem's Synergy design system and the new Global Navigation.

Users loved the fresh new look of Web Secure, and Synergy will serve as the foundation for Data Theorem's product development efforts over the next few years.

I'm happy to help with your next project 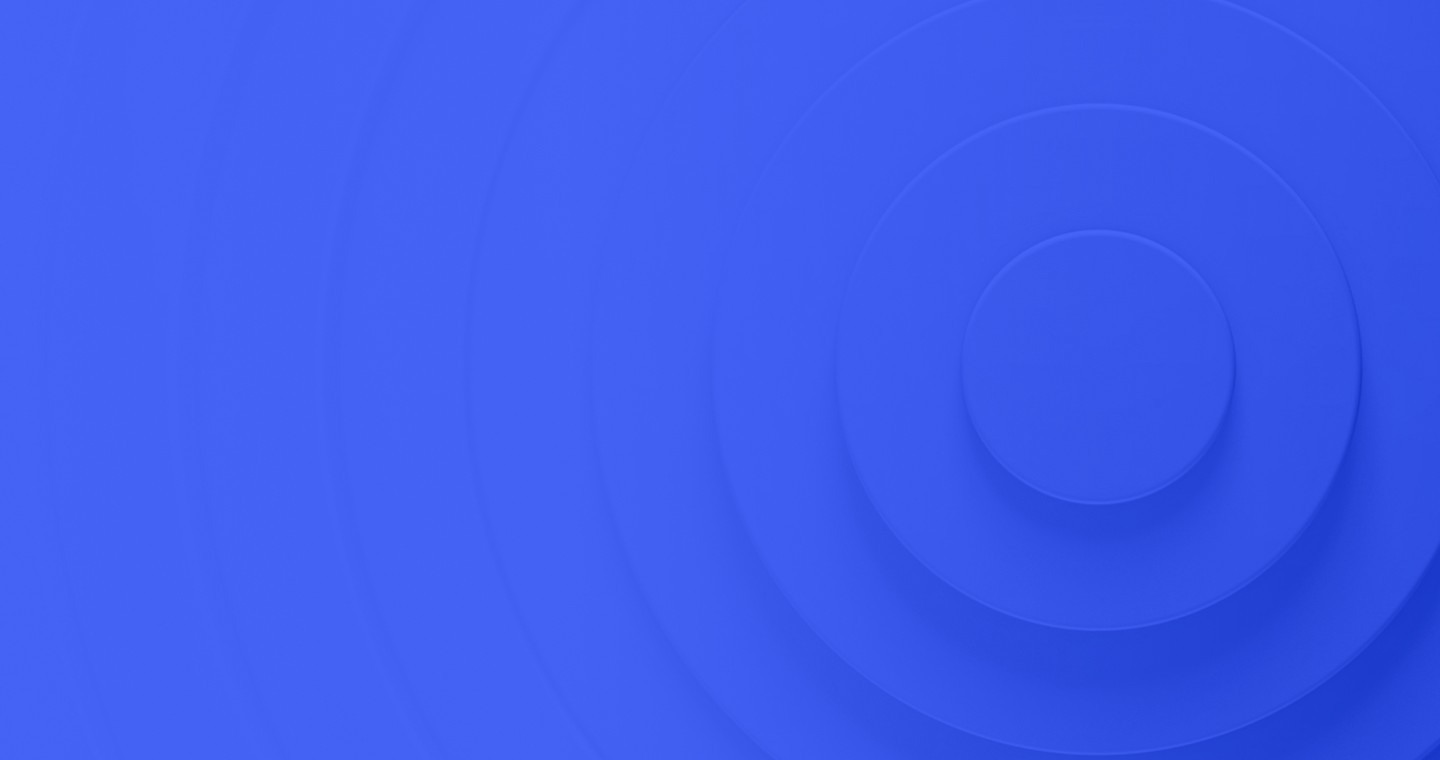 Check Out Another Project 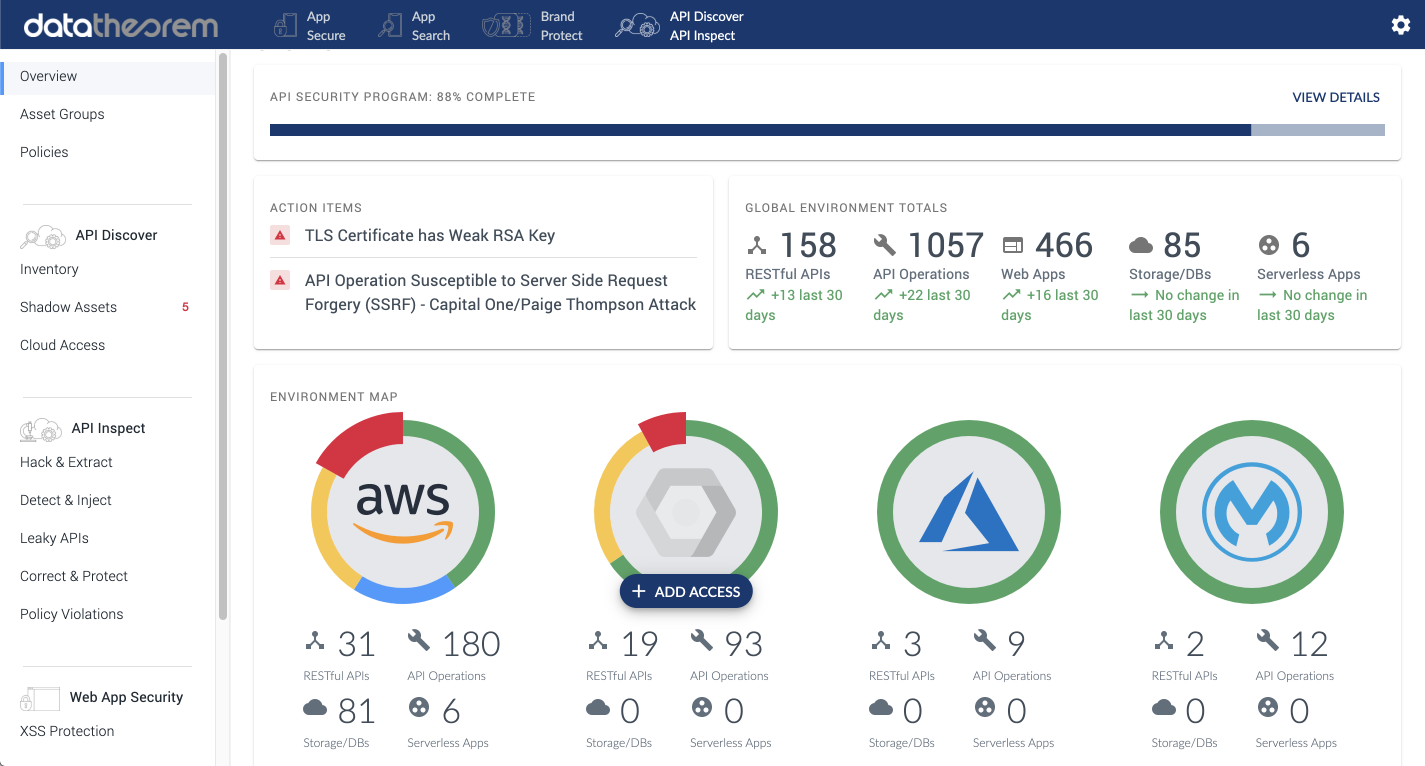 As a product designer and UX engineer, I helped Data Theorem turn the concept of API Secure into the award-winning $XXXk/yr SaaS product it is today. 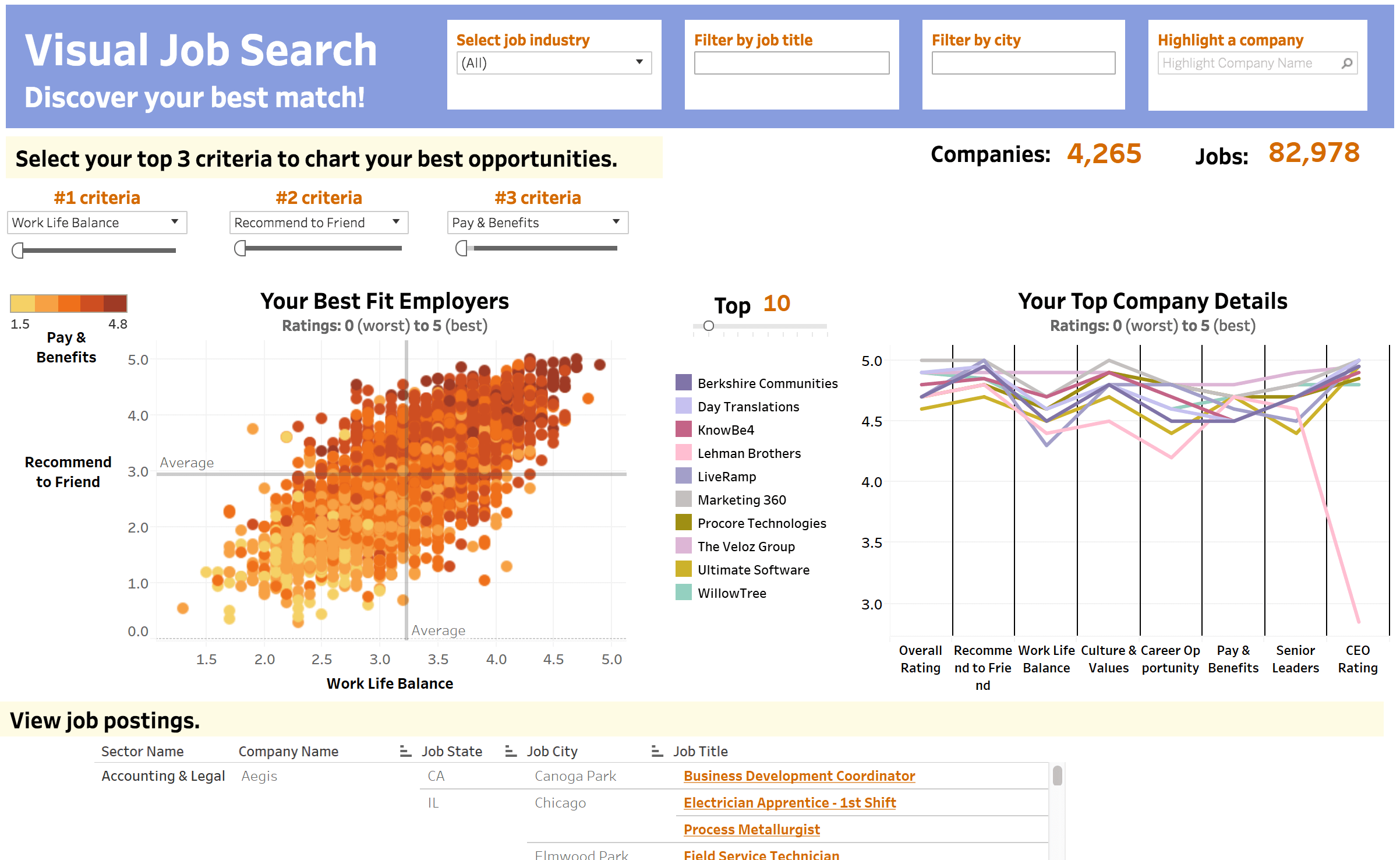 Visual Job Search helps job seekers curate and apply to high quality opportunities through interactive visualizations of employee ratings such as company culture, pay and benefits, and work/life balance. Over the course of 10 weeks, my team delivered research insights, interactive prototypes, a dataset of ~82,000 job postings and company ratings, and a live job search tool.

Looking for something else?